With some time on my hands I headed over to the most wanted PAFF (as all of them have been activated at least once I compiled a list of the activity level based on info by Igor EW4DX - the updated list is on this page).

I found an entrance route into the park quite quickly and set up my multiband wire for 10-20-40m. This saves me time not having to take down the antenna for the different bands. With only 2 hours of time on my hands I did not want to waste any time changing bands. This meant giving up on 15 or 17m.

I started at 13:30 UTC. 10m turned out to be rather dead. The same could not be said about the 20m band.
Luciano, I5FLN was as usual the first one to call in. Propagation to Italy was not very good at that time, it improved a lot however in the next hour.

For one hour I stayed on the same frequency working 84 stations - not a quiet moment. Local conditions weren't all too strong but there was a lot of DX - 17 out of the 84, especially from the east. There were three OMs from Japan calling in with signal levels comparable to a lot of European stations. This happened to me only once before - at PAFF-014. From the west activity was not that strong with only the two familiar North-American OMs K1QS and VE5XU calling in.

When the activity seemed to slow down I switched over to 40m to enable short skip contacts. Luciano was the first one again. QRM was manageable this time while signals were rather good - a well balanced propagation. In just under one hour I worked 71 stations.

In total I worked 155 stations from 36 DXCCs in just under 2 hours of radio time. Max QRB was set by a JA7 OM to 9100km.
Manuel EA2DT, Luciano I5FLN and Narciso IZ1JMN came by on both bands. Of all contacts about 30% were new callsigns to me.

Thanks all for calling in & being patient in the pile up!
Lars, PH0NO/P
Posted by PH0NO at 6:30 AM No comments:

Very very poor conditions in Friesland
The last unactivated PAFF area inside the Netherlands is located in the northern province of Friesland. The people speak a different language here, hence the extraordinary name of the area (I can't pronounce it).

Normally this area is out of reach for me, but today I had an appointment in the north not too far from Friesland. I decided to use my available time in the afternoon to try and find a spot in the nature park and complete the PAFF range.

The area consists of low land stretching into the sea, behind a high dike. It is quite an unusual view. I was not very fortunate with the weather as it was a bit hazy - so my view was limited.

I had ordered a replacement for my Spieth mast (refer to my story of the last activation why) but that had not arrived yet so my mast was too short for 40m. Luckily I found an operating spot where I could set up my antenna sloping towards a fence. The antenna was not very high (feeding point less than 1 meter off the ground) but SWR was perfect on 20m and 40m.

No additional damages this time but I did have a challenge in the conditions. They were absolutely lousy. My propagation widget showed poor conditions on all HF bands - and it was right. This meant that I had to call a lot and had trouble to copy stations (vice versa).

The last challenge this time was my voice that was hoarse due to a cold but it kept on working all the way.

Thanks all for calling in.
Lars, PH0NO/P
Posted by PH0NO at 5:25 AM No comments:

Damaged pole: one band re-activation
With just a little time on my hands while passing PAFF-018 I decided to do a quick re-activation. I found a reasonable spot quite quickly. It was however surrounded by trees.

For some reason I opted to start with the multiband wire antenna (10-20-40). This meant extending my antenna pole to about 15m. Ofcourse I ended up in the trees with this hard to handle pole. This happend to me once before, losing a piece of wire but this time it was worse: one of the fiber glass segments of my Spieth mast broke. I was left with a considerably shorter pole and therefore did not have the opportunity to activate 40m this time.

Quite surprisingly I was greeted by two OMs from Morocco. I haven't heard a station from CN before during a WFF activation and today I heard two...

Thanks all for calling in.
Lars, PH0NO/P
Posted by PH0NO at 8:43 PM No comments: 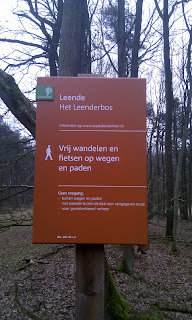 Thanks all for calling in.
Lars, PH0NO/P
Posted by PH0NO at 6:54 AM No comments: