I did a thing today

Today I went out portable - nothing new here - on my bicycle - OK that is slightly out of the ordinary - to activate PAFF-0085 in CW only - eh?

This was the first time I was out using CW copying by ears only. Up till now I have used CW on a few occasions but only in complete computer-mode. Then it is just another digital mode and very boring.

Inspired by the challenge Jakob OZ7AEI's set himself somewhere in August last year - to be able to use CW in WWFF activations in 2022, I decided the time had come to really force myself to learn CW to the level I could use it without any skimmers.

Four years ago I tried to learn CW over the summer holiday - while I was in OZ. It was too hot to do anything else than sit in the shadow and move as little as possible. So three weeks with plenty of time to practice.

Going into that summer I had tried to learn CW with a game on my phone that learned you characters in a "visual way" - by tapping short and long. I found out that was not useful at higher speeds (you keep on counting dots and dashes). However, by the end of that summer I could copy individual characters up to 24 wpm. So some recognition of the sound of complete characters was there.

However I still didn't acquire the skill to copy several characters after each other. I needed too much processing time per character. So there was no real practical use for the level I was at. Then after the holidays life happened and I left the whole idea for four years. Up till Jakob's challenge.

From October 2021 onwards I focused on learning to copy series of characters. RufzXP was a good tool helping me forward. When I got to the level I could copy series of characters quite accurately at 15wpm, I moved to MorseRunner. That application has a more game-like feel to it than RufzXP so I felt it was more motivating to use. It allows you to make things more complex - and more live-like - using variables like qsb, qrn and qrm. Practicing pileups I found quite challenging but I could slowly increase the activity level (increasing the chance and size of pileups).

In MorseRunner I am now at a level I can do 80 Q/h running at 25wpm and an activity level of 6 (with regular pileups of 4-7 callers). I thought this would be good enough to do some real life testing. 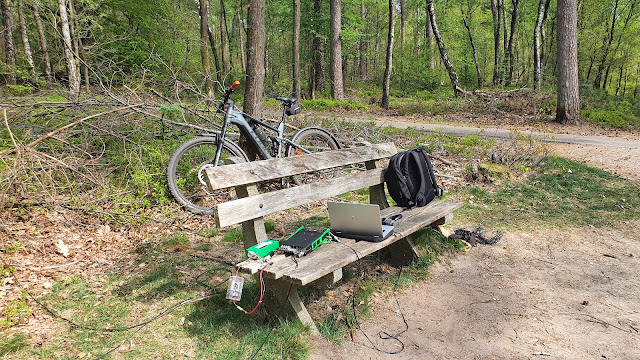 So today I went out to a nearby reserve - PAFF-0085 Rosendael - by bike. I took my FT-857d, a LiPo, a laptop, the end fed impedance transformer and a couple of wires. I used my catapult to get the wires up in a tree.

My keying still needs a lot of practice but thanks to PE5TT I now own a tiny WinKeyer. That works marvelously together with N1MM. That combination has the same look and feel as MorseRunner. 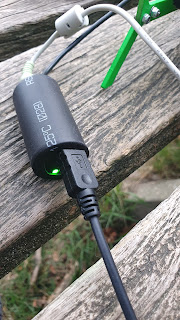 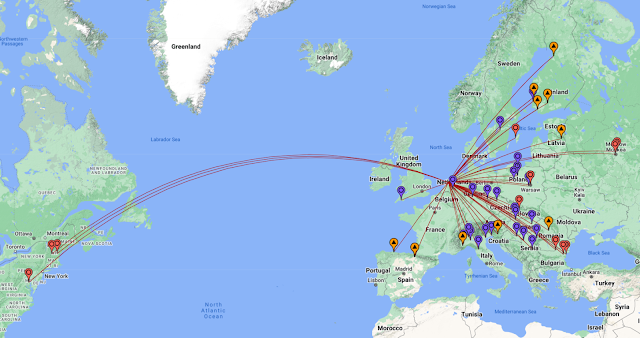 In total I logged 48 QSOs in two hours. Most probably the smallest and slowest activity in all my years of doing WWFF, but I was a happy activator. Checking my log at home I think I only made one error - a non-existing call.

Thanks to all the chasers - especially those that QRS-d.