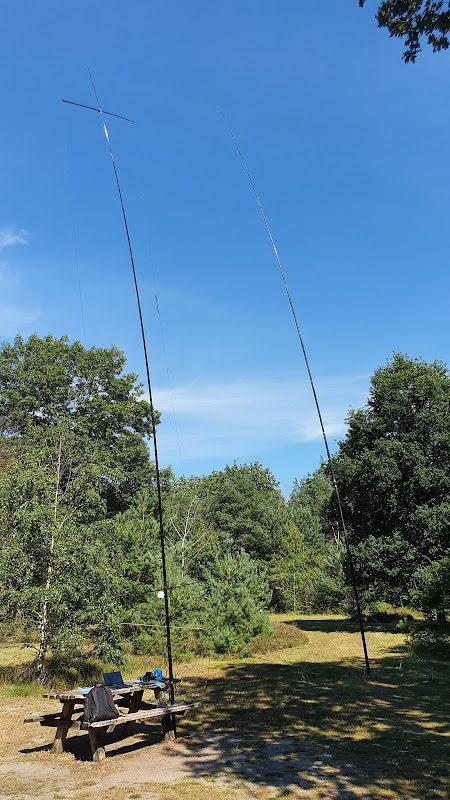 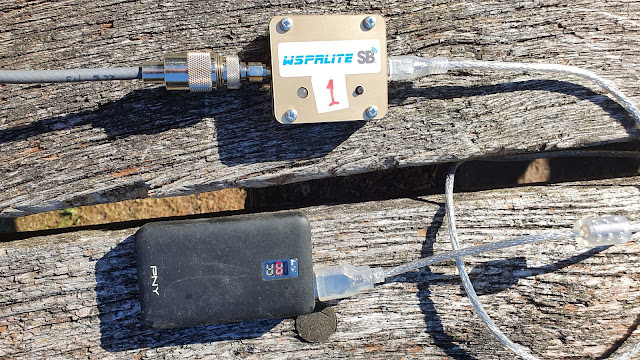 On first glance the EFHW vertical seems to fare better. It has been heard more often. However both antennas reached the same amount of spotters. So nothing too dramatic here.

Now looking at the SNR reported by the spotters there is more to say about the difference.

Let's start by looking at the raw data of reports by the spotters (plotted by the distance from my test location). 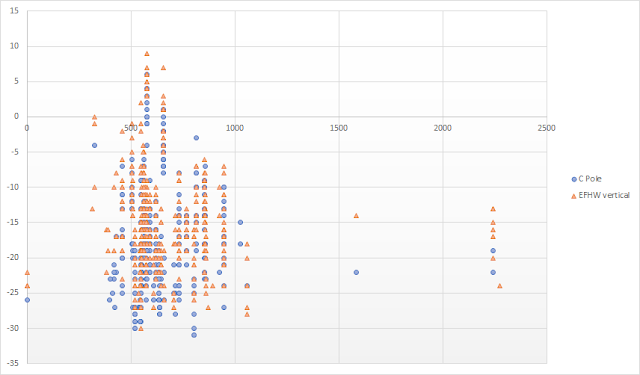 The orange dots seem to go higher (SNR in dB on the Y axis) at every distance (in KM on the X axis) but with all the individual dots it is still a bit messy.

I then averaged the reports per spotter to decrease the amount of data points. Again it looks like the EFHW performs better. 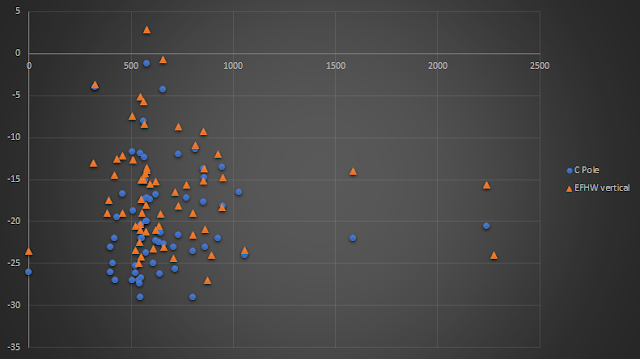 Finally I calculated the average difference in signal strength per spotter of the EFHW over the C-Pole. This clearly shows the EFHW beats the C Pole on almost all distances and sometimes by a fair margin. The outlier is S51RS at 950km. That is the only spotter favoring the C-Pole significantly. 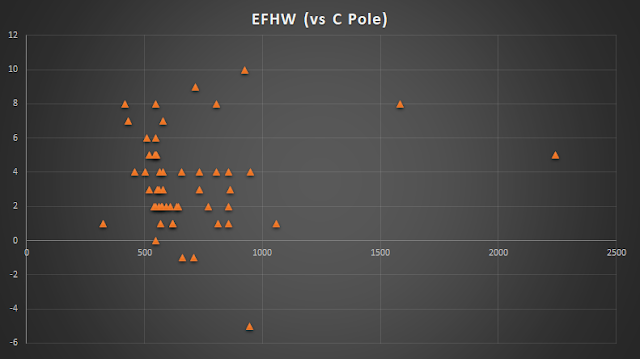 The raw data again gives a picture that is hard to interpret quickly: 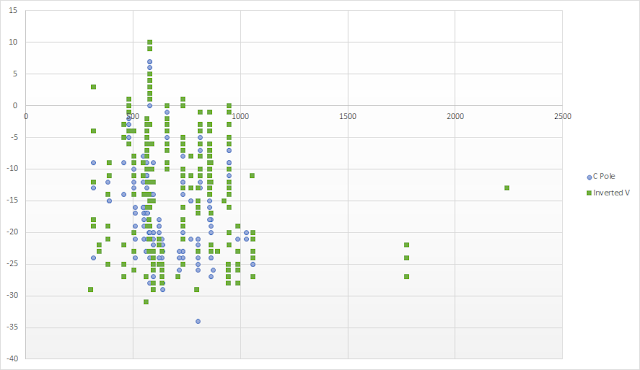 So moving on to the average per spotter. This shows that the Inverted V seems to beat the C-Pole on most occasions. 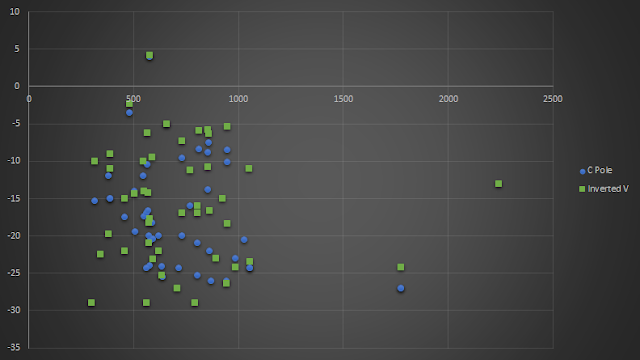 Moving one step further the indication is confirmed. The Inverted V wins almost everywhere. The biggest outlier again is S51RS. 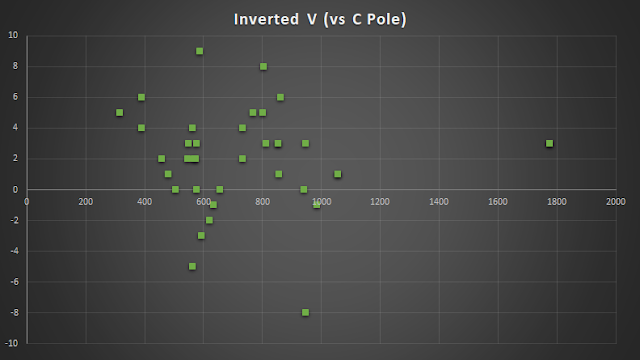